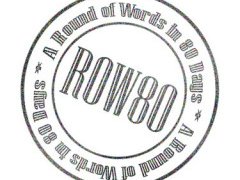 I have achieved one of the  goals I stated in my first post here. I have been to the U of A Poetry Center this week. The free reading on Thursday evening was part of series on the poetics  and politics of water.  Sherwin Bitsui, a Navajo poet, read from his works.  The were haunting and evocative of desert landscapes.  He was generous in his explanation of the background and muse for the works he presented to us.  This gave us both biographical information about him, and a sense of how long he worked on the books he had published.  Mr Bitsui is now a professor of creative writing in San Diego, but he comes form the Navajo reservation.  In his introduction he was recognized for his support of other Native American poets.  He mentored and helped a number of people during his time at the University of Arizona who have gone on to publish books of poetry.  I thoroughly enjoyed listening to him read.  Ideas from the reading have been resonating and reverberating in my mind…a good sign that those poems hit home in ways I have yet to understand.

Yesterday, for Valentine’s Day the Poetry Center docents presented a reading at the Tucson Botanical Gardens.  Poetry in the Garden is a regular series open to the public held in the natural setting of the gardens.  Our broad subject this month was birds as symbols of love.  These readings are enjoyable for all ages and stages of poetic interest.  The docents compile a packet of poems and read from the collection.  The audience is invited to read too, and discussion takes place after each reading.  The docents encourage the audience to express thoughts and feelings about the meaning or the sounds in the readings.  The discussion is broad and not academic.  The programs are very well prepared and produced, this one being no exception.  We heard from e.e. cummings, Emily Dickinson, some other well known writers, and less famous poets with all kinds of styles.  The setting and weather were ideal as we were visited by singing birds before and after the session.  They seemed to be voicing approval or applause.

Both of these very well produced events are an example of the very good luck it is to live near the Poetry Center.  Having access to these high quality readings is a gift.  Some of the attendees at the evening readings are enrolled in a University of Arizona seminar on the poetics and politics of water.  They spend class time with these visiting poets as well as the public reading time.  There will be 3 more in this series.  I plan to go to all of them because they touch a very serious subject for us in Arizona…water.  The fact that they are all Native American is meaningful.  In history tribes respected natural resources while the invaders worked to deplete them. Our situation today is precarious.  We have less security about water every minute.  The scientists involved in this seminar agree that poets bring something to the study that pure science can not.

I am still writing, listening and learning about the lives of poets in my own practice.  I have expanded my subject matter a little, but nothing too impressive.  The best thing I discovered through listening at these readings is that you can write poetry any way you want.  There are no forms that are rejected.  Free verse is square, some poems are drawings of shapes with the lines, some use sound with mysterious meaning, still others rhyme and are held together in quartrians.  It is all good.  I still notice my preference to hear the sound rather than see it written on the page.  The garden readings are particularly pleasurable for me because I am sitting in a favorite spot with someone reading stories to me.  It is a big luxury to glance around the gardens and take in the poems. It is like having a limousine instead of driving yourself.   Do you like to listen to spoken word, gentle reader, or do you like to read it in print?  My dad used to read to me, and he did recite a few poems, so I think this reminds me of my childhood in a good way.

My Tribe and History

It is enlightening to track my personality archetypes while I track my ancestors. There are similarities, highs and lows, temporary dead ends in both. You can’t change the ancestors and you can’t change your archetypes, in the same way that you can not rearrange the stars in the sky. When I was new in the genealogy game I went to Tulsa to meet a cousin based on only family legend and no facts to discover/confirm our Cherokee bloodline. We had a great time, but came up empty on the Native American theory. We both wanted it to be true, but my cousin’s husband was insanely convinced without any evidence. He really wanted a Cherokee wife. He was the worst detective I have ever seen.

While searching it is important to be open to discovering that for which what you were not looking. When I find a Plymouth Colony ancestor I am generally excited, fill in the blanks with some black britches and some assumptions. Richard Taylor was no regular Pilgrim. He fell in love and married a Wampanoag chief’s daughter. I have a tribe in Massachusetts. I never would have guessed this, but I am thrilled out of my mind. My 12th great-grandfather,Great Sachem, had been exposed to English fishermen, and had learned some language from them. He walked into the Pilgrim camp and said “Welcome Englishmen”, to the great surprise of the Englishmen.

I am very interested in my tribe, and have already had contact from a fellow descendant who has some proof of our Nativeness. I am looking forward to his input and learnring more about my roots. Ironically these people helped the Pilgrims survive, but the tribe has no reservation today. This is an overview of my First Nation Family:

Pokanoket is also our home. Prior to the time of the pilgrim’s arrival in Plymouth, which used to be Patuxet, the realm of the Pokanoket included portions of Rhode Island and much of southeastern Massachusetts, including the surrounding islands around Cape Cod and Martha’s Vineyard.

The Pokanoket social organization developed in a manner that differed from neighboring Native American Tribes, since Pokanoket was more socially structured and layered, as well as more politically complex.

Unique to the Pokanoket Tribe were the spirtual and military elite, know as the Pineese (Pineese Warrior), who protected and served the Massasoit (Great Leader). They are the spiritual guardians of Pokanoket Nation.

Pokanoket believed seven to be the perfect number of completeness, for we still believe in the Seven Spirits of the Creator.