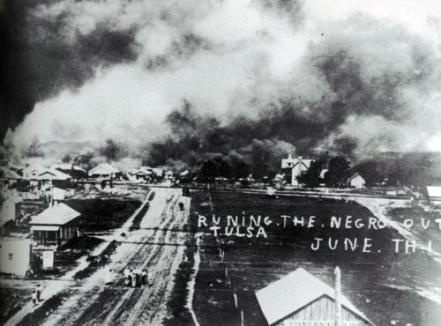 My father, Richard Arden Morse, was a bit of a racist, but did not have any idea of his own pedigree. His great-grandfather came to New York from Ireland during the potato famine with his O’Byrne parents and siblings, who dropped the O’ to assimilate. When asked, my father would say he was Scots Irish.  This American term refers to the Ulster Scots, who have all those Orange issues in Northern Ireland.  A little flash of orange ribbon drives these people, and their neighbors, completely batty.  You would need to be born in Ulster to understand this, I think. The troubles are a completely local phenomena, although both sides have supporters elsewhere.

Richard Arden was born in Independence, Kansas on Feb 18, 1920.  In December of 1920 armed violence broke out between white and black citizens of that town.  It was a very small town, and this had to be a big impact on the area.  In 1921 the city of Tulsa, where I was born, was host to one of the most violent of race wars of all time. The Tulsa racial violence of 2 June, 1921 was distinctly ignored by Oklahoma official history until very recently.  I only lived in Tulsa for about 4 years, and my dad also left Independence with his family to live near Ponca City, Oklahoma during his school years.

He was for sure Irish, and when Mr. Scott married Ms Byrne, he was trending Scot again.  However, I do not think he knew what any of this meant. I believe that my father’s racial prejudice was a karmic and cultural affliction.  He did not openly dislike anyone because of race, but his actions betrayed his deeper ethics.   To his credit, he and my mom made an effort not to pass the racist culture on to my brother and me.

Bridget O’Byrne was typical, but lucky.  She survived the passage to New York, and most of her kids did also. She had a home in upstate New York.  Sarah Helena, her daughter in law, wrote the notes I used to start my tree.  The O’Byrnes of Wilna, Jefferson, NY gave their estate to a Catholic church there, and left the records of their family history with that church. A treasure hunt awaits me in upstate New York that may reveal all the Irish information I can handle, including Bridget’s family name. The Catholics of Wilna have my bingo card, and I am grateful.