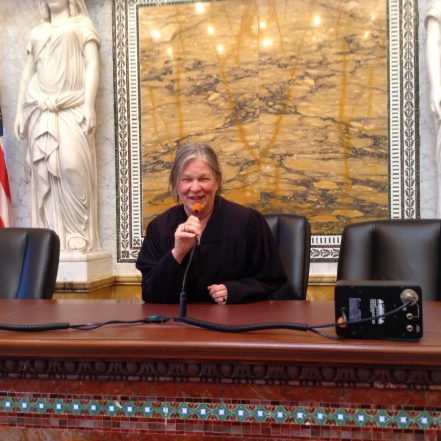 under penalty of perjury as permitted under Section 1746 of title 28, United States Code376 III. in any proceeding before or ancillary to

a. any court or
b. grand jury of the United States

V. a. makes any false material declaration or
b. makes or uses any other information, including any

knowing the same to contain any false material declaration,
shall be fined under this title or imprisoned not more than five years, or both.377

So if you lie to the Feds about Federal law you will be in trouble with the court.  Richard Nixon was brought down for his mendacity.  He made an effort to mislead the judicial system.  If you were alive for Watergate his is probably the face of political hanky panky at it’s most absurd.  Since Nixon, however, we are not feeling that our democratic tax dollars are used fairly.  We see our elected officials blatantly serving the lobbyists who support them.  We see the giant and growing discrepancies between the most wealthy and the poverty-stricken.  We are watching as liberty and justice for all vanishes from the United States of America.  A sliding scale for prosecution of crime fills the jails and penitentiaries with people of color while the banker robbers of the world are still mostly loose on the town.  There is now a sense that the government spies on the citizens, lies to the citizens, and often fails to serve the interests of the citizens.  The fourth branch of government is now lobbyists.  We never see their faces, but we know they are out to lunch with our elected officials and we are not.  In  our guts we know this is unfair.

YAy Pam.. you rock those robes well . the post is interesting though I would love to know what instigated the creation.

Well, the pic came from a tour my friends and I had last month in SFO of the Fed. court of appeals building. My friend who works there gave us all a chance to pose in his robe with the babes of justice…we loved it.

Sowing the seeds of revolution. Throughout history, civil unrest increases as the disparity between the haves and have nots widens. Are we headed down that same path. Look at Russia and China in the early 20th century. Seems all too familiar?

The disparity is so politically obvious that everyone is angry …even the lucky.