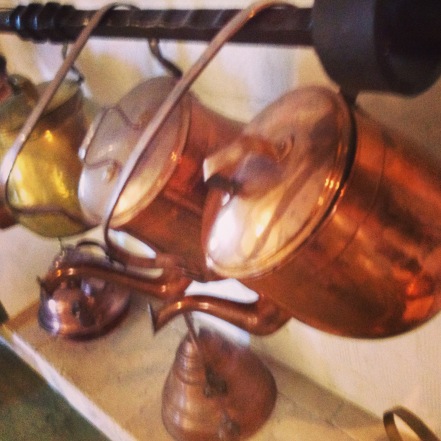 The race of spirit men who are attendants to the Goddess Cybele are known as the Dactyls. They are small and phallic, like the fingers of human hands.  Cybele is a 5th century Anatolian goddess who became popular in Greece, then Rome in the 3rd century.  She is principally a nature goddess, but has responsibility for nations and the welfare of the people.  She is merged with various other mother figures in Greece and Rome.  The Dactyls discovered metal and metal smithing and taught it to humans.  They are skilled musicians and magicians.  On Crete they are said to have discovered copper.

In English poetry a dactyl is a foot in poetic meter.  The word poetry itself is a dactyl, one long syllable followed by two short.  Greek elegiac poetry was written as a line of dactylic hexameter followed by a line of dactylic pentameter.  This was done to make the lines easy for the players to remember, since they had to memorize and recite long choruses.  This three beat rhythm is a verbal waltz.

Digital now refers to things not crafted by hands, but in cyberspace.  These miracles of programming still require fingers to type in the codes.  Take some time today to consider the meaning of fingers and the ability to employ them.  Prayer position, or namaste, pressing the fingers of both hands together, is significant as a symbol of gratitude and honor.  Sensitivity in each finger brings sensory information to us and allows us to reach out and touch others with feeling.  Everything we touch nourishes our inner wisdom and feeds our souls.  Give some thanks today for everyone who has given you a hand in life.  In what ways do you give as well as receive with your hands? Acknowledge the magic in these exchanges of energy and emotion.

Love this commentary. I knew who Cybele was but not the entire background. I do a balance daily where I stand on one foot and have to be totally erect and must maintain it for 60 seconds (and goes up weekly). I find putting my hands in prayer position to be helpful.. like asking the universe for assistance so I don’t fall on my butt!