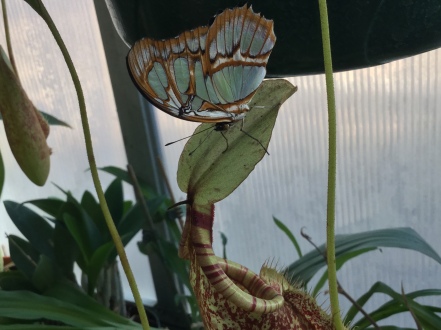 Our political process in America has never been such a shocking reality show. The whole world is tuning in while we use the presidential election of 2016 to display our worst national attributes in public.  Sexism has reared its ugly head and is parading around as if it were the only important issue we have to consider.  It is paramount to perceive how much of our own thought processes are controlled by outside forces. Both men and women are subject to our inherited stereotypes.  We may also carry deep prejudice about foreign cultures, races, or religions about which we have no direct knowledge.  These oversimplifications of society’s condition harm everyone.  The fact that a woman is running against a man has engendered some kind of cartoon version of public consternation, indignation, and unacceptable conduct by almost everyone.

I propose that we take a step back and see our personal situation as an integral part of a much larger scheme.  People everywhere vote because of their feelings about their own economic future.  This is not strange.  It is survival instinct.  In times of dramatic change and disruption dysfunctional systems must give way to new ideas for the survival of the entire environment.  Civil rights were first won by serfs who existed as chattel to nobility.  The hard fought war against tyranny will not be won in physical battle, but in hearts and minds.  Terrorism begins at home, in the angry hearts and minds of indignant citizens.  By imagining evil enemies everywhere we maintain a militant mindset that does not foster peace.

In ancient Greece Aristophanes wrote a comedy about women and war.  The heroine, Lysistrata proposed that women take over the treasury, since the old men had squandered all the funds:
“What matters that I was born a woman, if I can cure your misfortunes? I pay my share of tolls and taxes, by giving men to the State. But you, you miserable greybeards, you contribute nothing to the public charges; on the contrary, you have wasted the treasure of our forefathers, as it was called, the treasure amassed in the days of the Persian Wars. You pay nothing at all in return; and into the bargain you endanger our lives and liberties by your mistakes. Have you one word to say for yourselves?… Ah! don’t irritate me, you there, or I’ll lay my slipper across your jaws; and it’s pretty heavy.”

The men were duly concerned:

“Chorus of old men: If we give them the least hold over us, ’tis all up! their audacity will know no bounds! We shall see them building ships, and fighting sea-fights like Artemisia; nay if they want to mount and ride as cavalry, we had best cashier the knights, for indeed women excel in riding, and have a fine, firm seat for the gallop. Just think of all those squadrons of Amazons Micon has painted for us engaged in hand-to-hand combat with men.”

I think we are once again at a pivotal point in history.  Equality will serve as the only kind of chivalry we can afford to accept.  What do you think, gentle reader?

Totally agree with your commentary. It’s turned everyone’s world upside down — due to the nasty verbiage and the disclosures and the situations about equality – the lack thereof or the establishment of across gender and ethnic boundaries.