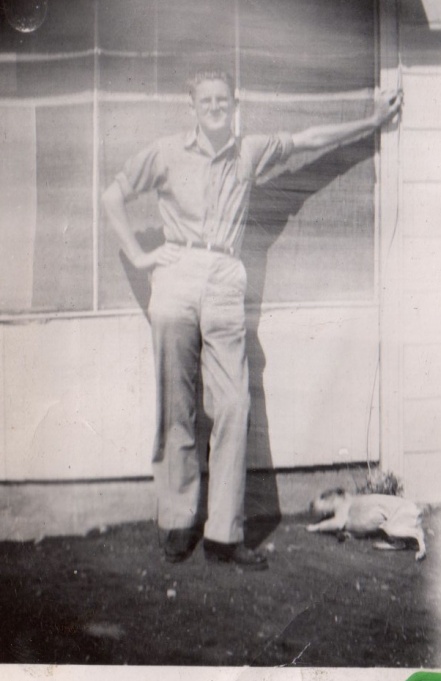 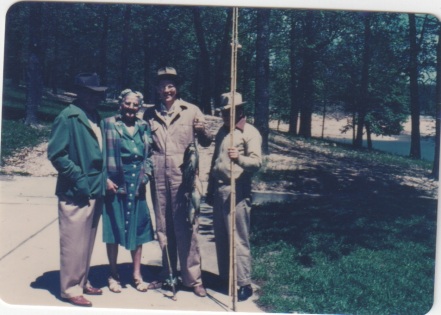 My father was a corny guy who had a unique way of expressing himself. He had a PHD in petroleum engineering, but he like to come off as a down home Okie, for reasons known only to himself. He had a few phrases that have stuck in my mind over the years and guided my decisions in his absence. I am sharing them with you today for Father’s Day in hopes that you will see the humor in them and perhaps the wisdom.

My dad was very tall and imposing.  He was an excellent musician and dancer, who loved to throw parties and sing.  He was socially a pretty charming man.  He did not discuss his politics in public, and felt obligated to be friendly, if not close, to all the neighbors.  He was born in 1920, raised in Kansas and Oklahoma, at a time when petroleum was booming all around him, to say the least.  His father, my grandpa, was a “jar head”, meaning he drilled oil wells with his crew before the invention of the rotary bit (very primitive stuff).  My father got his masters in petroleum engineering at Penn State in the 1940’s and his PHD at Texas A&M in 1966. He loved A&M because he was in his element. He became a professor and taught there until he finally retired in 1997.  His specialty was numerical modeling of oil fields.  Being an Aggie suited him to a T.

His favorite phrase was “Hurry every chance you get.” This is a great example of his personal style.  It doesn’t really mean anything, but sends one out into the world with a sense of urgency.  He would typically say that on parting to everyone.  He would often include, “It’s been great being with you” in his concluding remarks, just before he told them to hurry.  It was endearing, and all of his colleagues and friends had heard it hundreds of times.  His work crew bought him a desk set and had it engraved with the word hurry. It was too small to hold the entire statement, but everyone knew to what it referred.  I don’t have a catch phrase for parting, but sometimes use my dad’s,”It’s been great to be with you”.  I only say it if it is true. I never tell people to hurry.

In his parenting he frequently said,”Do as I say, not as I do.” This proved to be the most valuable lesson he engrained in me. He told me never to gamble or speculate on anything that was not a sure thing, as in a fact that already existed, rather than a speculation on the future.  He also was firmly opposed to borrowing money, in theory.  He then proceeded to gamble and speculate on oil fields (with borrowed funds) because he thought he was so smart.  He both made and lost money, but it was stressful for him beyond belief.  I could not help but observe that those oil wells were NOT sure things. He made this point clearly by doing what he said I should never do.  I have no attraction to gambling or heavy financial speculation, and for this I thank Richard Morse. I remember to do as he said, not as he did, and this has served me well.

What did you learn from your father that stays with you in your life, gentle reader?

Dad was the one to point out, in a non-whiny way, that life isn’t always fair. You can do everything right and still “lose.” He also was fond of saying “It is what it is,” to which I learned to add, “but it will be what you make it.”

You are right Tara..what you make it..thanks for visiting. Happy Father’s Day.

I love the photos of your family, particularly your dad. Your stories remind me a lot of my grandparents on both sides. My father was more like your dad.. do as he told you.. not as he did.

I like this article a lot. When I was a child my dad used to tell me that I always have to stand up for my opinion. Sometimes I think he is still a bit shocked to see how well I learned that lesson. Have a great at.