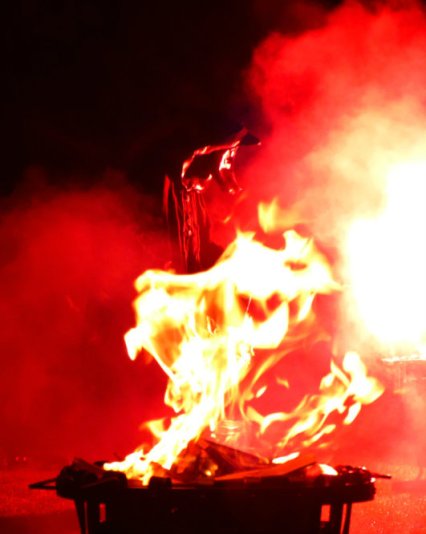 His face obscured by smoke, his identity concealed from us,

He moved with deliberate intent so swift and sure he seemed a ghost,

This poem is a response to this week’s photo prompt from Sue Vincent’s Echo.  Each Thursday she posts a photo. She is a very good sport to post for us this week since her own computer exploded and has made access to her photo collection tedious.  Thank you Sue.  We appreciate your generosity.  Please join other writers here to read, write, comment on last week’s prompt.

Awesome words penned and so much left to the imagination.

Great take on the prompt, full of action. 🙂

A lovely piece of flash fiction.