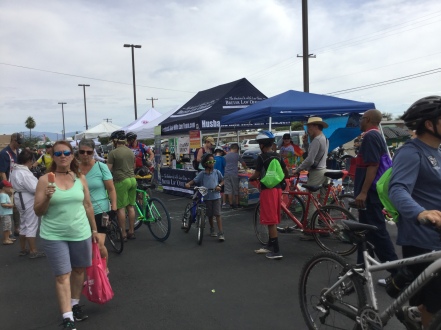 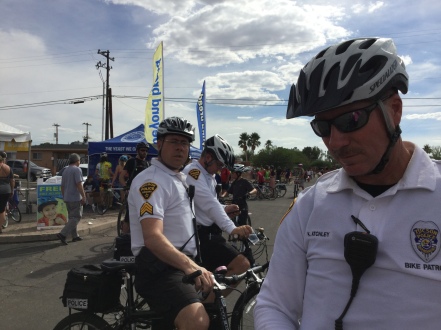 If we were having coffee I would tell you all how happy I am to be able to visit with all my invisible friends around this coffee table and around the world each weekend.  Sharing a few details of our personal lives shifts the attention away from politics and impending doom.  Please select a tea of your choice from the wide selection of white, green, herbal and roiboos.  I am drinking white strawberry tea on ice because I had plenty of coffee earlier.  Help yourself to a cup of medium roast coffee, or some hot spiced apple cider. Apples and nuts are here for our snacking pleasure.  Make yourself at home and tell me how your week has gone. Did you have an eventful Halloween?

Here, the Halloween decorations are down and the cover has been removed from the wood stove.  I have removed curtains for the winter to let in extra light during the day.  I found some solar lights on super discount at Amazon and responded by ordering three new strings to go with the purple ones I had in the front yard for Halloween.  Now my front and back yards are all a twinkle when the sun goes down so early.  This somehow makes me very happy even though we may be hurdling toward the end of days of our political system.  I can count on the solar energy to delight me with twinkling even if our electrical grid is attacked by hackers.  I am easily amused, and that is a damn good thing.  I am making the most of the comedy available in the political situation. The agony and the ecstasy of this time is unprecedented because there is plenty of information, but intelligence is hard to discern.

Intelligence has two distinct meanings as a noun.  It means the ability to acquire skills and knowledge, as in one’s native intelligence.  Intelligence is also used to refer to the collection of information of a political or military nature.  We have a federal bureau to handle the collection of domestic intelligence.  It is called the Federal Bureau of Investigation.  We have WikiLeaks for leaking evidence to the public.  We have political parties to dig up dish on the opponents and scorch the earth.  There is no time remaining before the election to sort out fact from fiction.  The assault of too much information does not result in intelligence.  It simply overflows the available space with claims and contentions.  It may be the antithesis of intelligence.

I voted as soon as my ballot arrived, so my focus has been on enjoying my community and friends to the max right now.  I ran into an old friend last Sunday at our community bicycle event, Cyclovia. We had a great time biking around to the different venues.  Her mom lives along the route, so we stopped to visit there as well.  We went to the display and blind water tasting at Watershed Management Group, right near her mom’s home. We scored free tickets to a cocktails and cuisine event inspired by rainwater.  We each get a free rainwater cocktail on Nov. 29.  I look forward to that unique party.  I think my friend’s mom may become a volunteer there too.  It was a fun and educational exhibit.  We biked on and ran into some bike cops who restored some of my faith in authority.  They were joking around and having fun with the crowd.  This is the kind of community event that unites all ages and walks of life to have a good time meeting each other.  If you ask me, that is intelligent.  We could use some bigger doses of this kind of intelligence.

Good luck to all coffee sharers surviving this next week.  I look forward to hearing what is happening where you live.  Check in with Diana to keep up with the coffeeesharing.  Join us by writing a post, or just leaving your 2 cents. What is up with you, gentle reader? 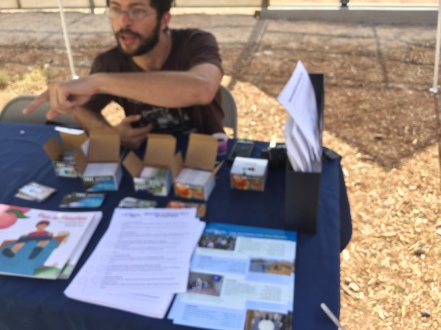 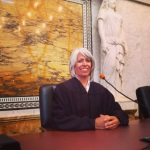 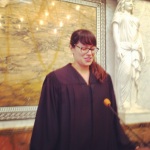 I had a magical experience that changed my life last year. During the government shut down my friends and I were treated to a tour of a working monument to justice in San Francisco.  The very special building, which is owned by the taxpayers, was still open for business while the irresponsible part of the federal government was having an irrational fit at the taxpayers’ expense.  We each had a chance to put on a robe and pose with the babes of justice, as my friend who works with them calls them.  We all felt very special and talked later about being so lucky and having so much fun that day.  Sometimes events take on more meaning as time reveals a larger meaning.  I was being baptized on that bench and accepting a big mission that I recognize now.  We were joking and laughing, really being free and happy, but a vow to liberate others through justice was happening at the same time.  Let me explain:

My first teacher of Buddhism was Claude D’Estree, a monk who hangs tight with the Dalai Lama of Tibet.  When we were lucky enough to receive teachings from his holiness in September of 1993 Claude flew down from Denver once a month for a year before his arrival to initiate us to Tibetan Buddhist teachings in preparation.  We had classes at St Phil’s in the Hills Episcopal Church, and held retreats on that beautiful campus to learn about the three jewels.  The subject was new to me, but Claude is an excellent teacher.  From the dedication of merit to dependent arising, he covered the material in such a way that very complex concepts became clearer.  I will never forget an example he used to explain compassion, using his own personal life experience.

He had worked as a federal prosecutor, who has the obvious job of defending justice and fighting evil.  This job exposed him to egregious wrongdoing.  As a monk he has the job of using compassion to save the world from pride, delusion, and anger by practicing patience.  This seems like a paradox, and it is.  He taught us that the most compassionate thing to do for people who are delusional, destructive and angry is to stop them.  The trick about doing it as a prosecutor-monk, or monk-prosecuter is to do it without any attachments or aversions, in other words, without anger.  Compassion turns anger into patience, an alchemical process that takes much dedication and study to achieve.  He had to prosecute very serious criminals in the line of duty.  He had also taken the Bodhisattva vow to return to earth until all beings are free and happy.  He has undertaken this giant mission to meditate and cultivate diligence for those whose minds are slack and wondering ( a seemingly unending group).  Since we all were given the rare opportunity to tread the path of buddhahood Claude was showing us how to meditate and turn our own merit into bliss for others who are suffering.  I think of him and his teaching often when my patience is challenged.

The year of study and retreat was a deeply religious experience, but did not require the student to become a proclaimed Buddhist, or join any group or movement.  The teachings were given to help us comprehend the even deeper experience of our time with his holiness.  We were initiated to Green Tara and introduced to Shantideva.  These are deep teachings that can take lifetimes to comprehend, but the Dalai Lama encouraged the women in the class by telling us that we have a better chance of spontaneous or instant enlightenment than the guys.  We learned the mantra for Green Tara, who has the specialty of speed.  She is the Mother of all Buddhas who saves us from our envy, wrong view and avarice.

For years I have been involved in an anger/patience/justice drama about my home.  Now I am going to have to do some serious patience practice while I sue the flaming pants off the city of Tucson for violating federal revenue law and obstructing justice like crazy fire.  I am calling on Green Tara to save me from attachment and doubt in order to liberate our neighborhood from evil.  I have taken the vows too, and have a responsibility.  Green Tara and I are now both babes of justice.  Wish me luck as I walk through the valley of the shadow of anger.