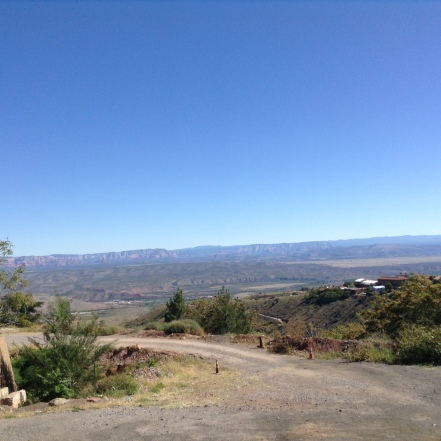 the long and winding road

Many people plan for retirement, but I did not.  I just fell into it without intending to do so.  I spent a lot of time taking care of my parents in their last years which taught me that planning and execution of retirement are two different things entirely.  Saving and structuring investments is one way to plan, but there is another, perhaps more important issue, that retirement brings, which is identity of self.  All of our professional and family lives we identify ourselves with the role we play at work, at home, or in our social groups.  As we grow out of our careers or positions a crisis of knowing one’s self can be the biggest obstacle to happiness.  Investments in markets pay dividends.  Investing our energy into a persona that is a passing phase of our character can block the path to our understanding and fulfillment.  When we are free of the pressure of maintaining the personas, or the facades, that people expect from us we are free to express ourselves artfully and generously.

I recently decided that designing new business cards gave me an opportunity to decide what I want to do next in my life.  I pondered the idea of offering a service to spa owners to help them spy (private espionage) on their own operations.  With so many different establishments calling themselves spas these days it seemed like a good way to start a new idea and make good use of my background.  I took the idea with me on a short trip to consider the ups and downs of the plan.  My weekend trip was busy, so I did not spend much time thinking about my new card or concept.  I enjoyed the freedom of doing just as I pleased for a few days since I left the dog and my partner at home.  On the drive home I listened to the audio book Falling Upward, by Richard Rohr.  There was an obvious synchronicity between the material in the book and my idea to become a professional spa spy which became more clear as I considered what Mr. Rohr was teaching. He discusses the difference between getting old and becoming an elder.  He uses the term elder in the sense of leadership, tribal or otherwise.  An elder is in possession of wisdom which is shared with the tribe.  An old person who has not released his life’s earlier personas and roles does not enter a state of wisdom of peace.  Old people with anger and personal greed issues never pass into the realm of the elder, but remain in the building and striving part of life.   I saw that making an attempt at retuning to spa businesses for any reason was really a trip in a backward direction.  There are many good reasons I no longer work at spas, and it was smart to remember some of them before I decided to return to the same culture with expectations that I could improve the situation with my very important opinions.  I was pulled back from the brink of a big mistake.  There is no need to travel that road again.

I like to have business cards when I want to give people a way to contact me.  I decided to print cards that have none of my former logos, as a way to break free from any past issues that might entangle me.  I am not including my physical address on the new cards because I don’t need the world to know where I live.  I included my twitter handle, @spafloating, my home phone number (my cell number is a secret from everyone), and the address of this blog, http://pamelamorse.com.  I thought for a while about the title, since I printed a large batch and want it to last for a very long time.  I used simply inventor as my title. The most exciting thing about being an inventor is not the fact that you have invented something.  The coolest thing about being an inventor is that you can do it again if you so desire.  I plan to invent the most artful and soulful retirement a person could ever imagine.  I have been doing it already for years, so now that it is official I should flourish.  What is your retirement plan, Gentle Reader?  Have you thought of your retirement in terms other than financial investments?

Thanks Jamie. I appreciate your perspective.

Phenomenal photo essay Pam! I love it. what a great use of the camera. The facade is very cool.
I hear that thread you are talking about.. when you talk about retirement. It’s not just about free time and no longer going to work. It’s what to do with oneself. I love what you are doing. It’s going to be interesting to see how it evolves.

actually you me both, though I am not quite at retirement yet. I’m blogging and learning to write because it is helping me move into a state of wisdom xx

That is how I look at it too, Fiona. Both you and Stevie getting your new living spaces in order are taking big steps. Wisdom is what we hope we will experience, with less stuff and obligation.

Is this in Arizona? Reminds me of Jerome.

It is Jerome, exactly. Thanks.