Saturday is for Saturn

The Roman god of agriculture, Saturn, rules Saturday.  This is the only day that retains the original Latin  in the English name today.  For many it is a day of rest, and for some it has religious context. The golden age on earth which is celebrated at Saturnalia was a time when Cronos, the Greek Titan, escaped and ruled from Rome for a time.  Cronos ate his own children, and was eventually defeated and expelled from Olympus by his son Zeus.  Saturn and Cronos represent the same energy, and modern father time is symbolic of both of them. He frequently has a sickle in his left hand and wheat in his right to show his mastery of planting and harvest.  He is said to have brought a golden age to Italy by showing the previously wild population how to grow food.

The holiday Saturnalia began 17 December and lasted for a week.  All businesses were closed and slaves were served by the masters during this symbolic restoration of the Alchemy of Consciousness, the golden age.  Good will and gifting, banquets and gatherings, all resembled the December festivities of now.  Saturn is the judge as well as the treasurer.  Saturn bestows wealth and has the ability to dissolve social hierarchy.  His powers pertain to limitations.  Time is a seriously limiting force, and Saturn reminds us of that fact.  When Saturday rolls around every week we are another week older, and accounting is in order for all of us.  What have we grown this week?  What will be the harvest?

Saturn wants us to build on success with full awareness of all of our limitations. 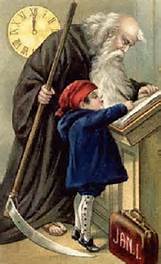 Nice article, but your Reblog button does not seem to work.

It has worked in the past. Thanks very much for letting me know about this problem. I will look into it.

I love this post as the counterpart to Friday. You have a lot of great information at your fingertips!