When Does The Ship Come In? 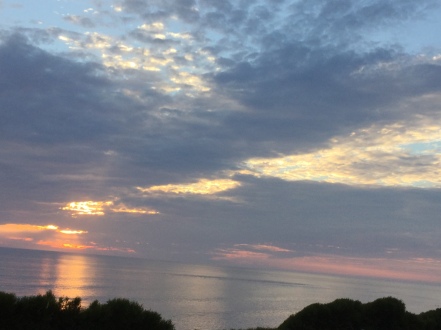 When I was a freshman a the University of Texas at Austin in 1968 I was an idealist.  I was a folk singer, hum dinger. I protested the war in Viet Nam and civil rights atrocities.  We thought that an egalitarian, high minded society was just around the corner.   We thought the empire of fascist evil would end as soon as Barry Goldwater died.  We knew less about world affairs then, but we knew that war was not only the only true sin amount nations, but also unconstitutional in the way it was being waged with no declaration.  Since 1968 the United States has been at war with at least one part of the world all the time.  Peace has not been achieved, and civil rights have been all but forgotten.  Now we have the for profit prison system to mass incarcerate people of color, and laws designed specifically to feed that system.  Our war on drugs has produced an epidemic of cheap heroin and an addiction crisis.

I was too young to march on Washington in 1963.   I was busy living as an ex-pat petroleum princess in Venezuela.  I spent a lot of time listening to Radio Havana because it was the only station that we got with a strong signal on the radio.  I usually turned it off when Fidel went off on his speeches, but I liked the music from Cuba.  Back in those days Venezuela had a natural contempt for Cuba and Fidel, and dependence on oil companies for their entire economy.  This worked very well for the preteen petroleum princess, but not so well for the impoverished worker class.  Like the historical Buddha I was exposed to suffering I never could have imagined in the world. The really interesting part was that my parents had no problem with the semi slavery and obscene show of wealth we enjoyed. I didn’t either until I thought about it.  Now my own country has almost the same level of income disparity I observed in 1963 in Venezuela. The hippies have not yet accomplished our mission.  I wonder if in the chaos and violence of this time, so similar to 1968, we might finally see the ship come in.  The whole wide world is certainly watching.

Maybe the ship never comes in….completely. Tides move in and out. But it’s gratifying to see young activists and maybe some new petroleum princesses now engaged in social justice work!

You are right about the tide..and we can learn to surf. Thanks, Justine.

I don’t think that protesters in 1968 had any real revelations about how things worked and given how drugs & music were interwoven into the fabric of how young people wanted change at that time that they would have ever considered the evolution as the world as we know it right now. It’s so incredibly different.. and allows for near instantaneous information to be shared. It’s no longer TV but streaming video. I think that some people understand that underpinnings of change and politics much better today…. but I would not use that as a blanket statement. I would tell you that the politics of sector specific content and outreach is warped and twisted to appeal to various geo-political and social demographics– particularly appealing to their thoughts of “how things used to be”.. now the reality that is how this really would turn out.