Elizabeth Tilney, Countess of Surrey, was an English heiress and lady-in-waiting to two queens. She became the first wife of Thomas Howard, Earl of Surrey. She served as a lady-in-waiting to Queen consort Elizabeth Woodville, and later as Lady of the Bedchamber to the Queen’s daughter, Elizabeth of York, consort of King Henry VII of England. She stood as joint godmother to Princess Margaret Tudor at her baptism.
She was the mother of Thomas Howard, 3rd Duke of Norfolk. Through her daughter Elizabeth she was the maternal grandmother of Anne Boleyn, and through another son, Edmund, the paternal grandmother of Catherine Howard, both queens consort of King Henry VIII. Elizabeth’s great-granddaughter was Queen Elizabeth I of England.
Elizabeth was commemorated as the “Countess of Surrey” in John Skelton’s poem, The Garlande of Laurell, following his visit to the Howard residence of Sheriff Hutton Castle.

Elizabeth Tilney was born at Ashwellthorpe Hall sometime before 1445, the only child of Sir Frederick Tilney, of Ashwellthorpe, Norfolk, and Boston, Lincolnshire, and Elizabeth Cheney (1422–1473) of Fen Ditton, Cambridgeshire. Sir Frederick Tilney died before 1447, and before 1449 Elizabeth’s mother married as her second husband Sir John Say of Broxbourne, Hertfordshire, Speaker of the House of Commons, by whom she had three sons, Sir William, Sir Thomas and Leonard, and four daughters, Anne (wife of Sir Henry Wentworth of Nettlestead, Suffolk), Elizabeth (wife of Thomas Sampson), Katherine (wife of Thomas Bassingbourne), and Mary (wife of Sir Philip Calthorpe). A fifth daughter died as a young child. Henry VIII’s third queen consort, Jane Seymour, was the granddaughter of Henry Wentworth and Anne Say, and thus a second cousin to Henry VIII’s second and fifth queens consort, Anne Boleyn and Katherine Howard.

Elizabeth was co-heiress to the manors of Fisherwick and Shelfield in Walsall, Staffordshire by right of her descent from Roger Hillary, Chief Justice of the Common Pleas (d.1356).

Elizabeth married her first husband, Sir Humphrey Bourchier, the son and heir of John Bourchier, 1st Baron Berners, and his wife Margery, in about 1466. The marriage produced a son, John Bourchier, 2nd Baron Berners and two daughters. Following her marriage, Elizabeth went to court where she served as lady-in-waiting to Queen Elizabeth Woodville, whose train she had carried at the latter’s coronation in May 1465 at Westminster Abbey. Elizabeth accompanied the Queen and her children into sanctuary at Westminster Abbey when King Edward IV had been ousted from the throne, and was present at the birth of the future King Edward V. She remained with the Queen until Edward IV was restored to power.

Sir Humphrey was killed at the Battle of Barnet on 14 April 1471 fighting on the Yorkist side. On 30 April 1472 Elizabeth married Thomas Howard, Earl of Surrey, a marriage arranged by the King. In 1475, Elizabeth inherited her father’s property of Ashwellthorpe Manor.  Her second husband was a close friend and companion of Richard, Duke of Gloucester who was crowned king in 1483. Elizabeth was one of Queen Anne Neville’s attendants at Richard’s coronation, while her husband bore the Sword of State. On 22 August 1485 Thomas’s father John Howard, 1st Duke of Norfolk was killed at the Battle of Bosworth while fighting for Richard III; like his son, John was also one of King Richard’s dearest friends. Thomas Howard was wounded at Bosworth and imprisoned in the Tower for several years, and the dukedom of Norfolk was forfeited. Elizabeth was fortunate that Thomas’ attainder stipulated that she would not lose her own inheritance. On 3 October 1485, she wrote to John Paston, who was married to her cousin. The letter, which she had written from the Isle of Sheppey, mentioned how she had wished to send her children to Thorpe, pointing out that Paston had pledged to send her horses as a means of transporting them there. She continued to complain that Lord FitzWalter, an adherent of the new king Henry VII, had dismissed all of her servants; however, because of the stipulations in her husband’s attainder, FitzWalter was unable to appropriate her manor of Askwell. In December 1485 she was living in London, near St Katharine’s by the Tower, which placed her in the vicinity of her incarcerated husband. After Thomas was released from prison and his earldom and estates were restored to him, he entered the service of Henry VII. In November 1487, Thomas and Elizabeth attended the coronation of Henry’s consort Elizabeth of York, who appointed Elizabeth a Lady of the Bedchamber. Elizabeth was further honoured by being asked to stand as joint godmother to the Princess Margaret Tudor at her baptism in late 1489.

Elizabeth Tilney died on 4 April 1497 and was buried in the nun’s choir of the Convent of the Minoresses outside Aldgate. In her will, she left money to be distributed to the poor of Whitechapel and Hackney. By licence dated 8 November 1497 Thomas Howard married as his second wife her cousin, Agnes Tilney, by whom he had six more children. 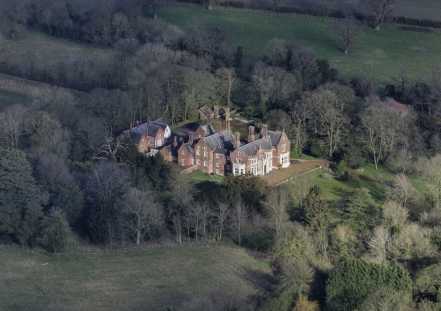 Pamela- Frankly, I have not done much DNA stuff. Not sure I am really interested. We are pretty distant. Maybe too distant? Rick

My pilgrims do not even show up…it is more recent, I think…still not that knowledgeable about DNA, but have gotten some super fine leads from my matches…

I love reading about your genealogy! What a great link to the Tudors and to Anne Boleyn.

Hello, my husband’s family is related to Elizabeth Tilney. His grandmother, Mary Francis Rice is a direct descendant of Griffiths Rice (Rhys) who was a knight and married Lady Catherine Howard, who somewhere down the line is related to Lady Elizabeth Tilney. They had a son, William Rice. I am still trying to get this all straight. According to a information on a website my daughter found, they are direct descendants of King Edward 1. If you know of anymore history, please let me know.

I have studied this line a bit. Some warn that Edward Rice the Mayflower passenger made up an imaginary lineage once he was in America…of this I have no evidence, but the royals are impressive all the way up and down.