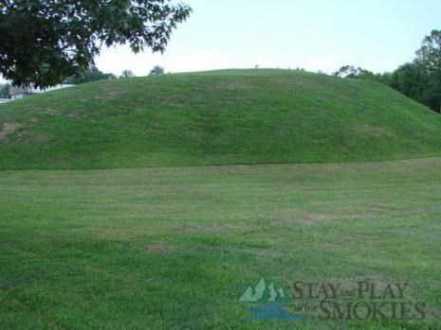 When I graduated from high school in Texas I went to work for the summer in an outdoor drama called “Unto These Hills” produced in Cherokee, North Carolina.  I was a singer in the chorus and a costumer. It was my first job, and I enjoyed it very much.  I was 17 years old, the youngest and the lowest paid member of the company.  I learned about the history of the Cherokee people, since the play was all about that.  I can still sing the eagle dance in Cherokee language, if required (but usually when it is neither required nor requested).  I spent a lot of time and money chasing clues about my father’s Cherokee heritage, which has no legs.  My grandfather lived on the Cherokee res in Oklahoma in 1900, but our ancestors on my father’s side did not marry Native Americans.  Now I am discovering that my mother’s side descends from the east coast Cherokee people, before the trail of tears forced them to Oklahoma Indian Territory. I was born in Tulsa.  People tell me I look like a Native American–just as many tell me I look like a Russian. I always liked the idea of Native ancestors.  Now, thanks to DNA clues I received from ancestry.com about common lineage, I am happy to say I found some.

This Englishman who sailed to Jamestown and married my eleventh great-grandmother was trained to be a water witch!!!! His progeny inherited the skill to find water. I LOVE that. I think it is wonderfully ironic that his grave is a few miles from the place I worked when I was 17.  I can also recite the 23rd psalm in Cherokee, which now seems perfectly apt. It pays to study your ancestors.

Thomas Pasmere Carpenter was descended from the noble Anglo-Norman family of Vicomte Guillaume de Melun le Carpentier. Thus, Moytoy’s European lineage can be traced to the Frankish Duke Ansegisel of Metz Meroving, Peppin II, and Charles Martel. This ancestry also makes the Cherokee Moytoys cousins to the Carpenter Earl of Tyrconnell, and thus related to the current British royal family.

The Carpenter family of Devonshire & Plymouth England were small sailing ship owners, many of which were leased out to the East India Trading Company, an affiliation dating to the formation of that company December 31, 1600. Documented ownership of fifteen different ships owned by the Carpenter family, those of which were involved with moving furs between the Gulf Ports & Glasgow, or Dublin, and trade goods for North America. These ships usually made stops both directions at Barbados where the family had banking connections set up. These ships were small and fast, often able to make the crossing from Scotland and Ireland in less than thirty days. They were shallow draft ships, capable of handling shallow water ports with ease. The first documented trip made by Thomas Pasmere Carpenter occurred April 1640, sailing from Maryland to Barbados aboard the Hopewell, and returning on the Crispian in September 1640. He made another trip in March 1659 departing Charleston South Carolina aboard the Barbados Merchant, returning on the Concord in August 1659.

Twenty year old Thomas Pasmere Carpenter came to Jamestown, Virginia from England in 1627, living in a cave near the Shawnee. Thomas was called “Cornplanter” by the Shawnee, derived from their sign language that matched as near as possible to the work of a carpenter. He married a Shawnee woman named “Pride” and bore a son around 1635 named Trader Carpenter.

Trader was taught to “witch” for water with a willow stick by the Shawnee. He married a Shawnee named Locha in 1658 and the clan grew quickly. In 1660, they were driven south by the Iroquois. They moved along the Tennessee River, starting the villages of Running Water (where Thomas died in 1675), Nickajack, Lookout Mountain, Crowtown and Chota. He was Chief of Chota, which was created as a merging place of refuge for people of all tribes, history or color. It became similar to a capital for the Cherokee nation. These villages grew to about 2000 people by 1670 when the Carpenter clan moved to Talikwa (Great Tellico) where the Tellico River emerges from the Appalachian Mountains. Here Trader married a Cherokee, Quatsy of the Wolf Clan in 1680. He had become so adept at water witching that the Cherokee called him “water conjurer” or Ama Matai (Ama is Cherokee for water). Ama Matai eventually became pronounced as Amatoya. It was later shortened to “Moytoy”, so he is known as Moytoy I.

In 1730, his son, Trader-Tom (Moytoy II) took over as Chief, receiving what was described as the “Crown of Tannassy”. Tanasi was where the previous Chief resided and the traditional headdress was passed on to him. The fur trading Carpenter family owned many ships. Though he served as Cherokee Chief, Thomas made several trips to Barbados over the years where the Carpenters did banking, and even to Scotland and Ireland. On occasion he took Trader, and Trader Tom with him. They traded furs and healing herbs brought from America.

Cherokee traded furs for cloth. The cloth was not only used for clothing, but also to pay the Shamans for treatment. Though the medicine men did not charge for medical practice, they required a form of payment for performing love charms, hunting ceremonials, and other conjures. Beads were used in many instances, which the patient was required not only to furnish the beads, but also a certain quantity of new cloth upon which to place them. At the close of the ceremony the medicine man would roll up the cloth, beads and all, and take it with him. Custom required that he not use the cloth, but had to be sold. The practice was sometimes repeated over a period of days, each time requiring new cloth. Some Shamans would sell the required cloth to the patient himself, then take the used cloth with him.

The Cherokee, Shawnee and other Shamans (medicine men) traded secrets when they met. These were passed on orally before the Sequoya method of writing was developed. According to archeologist James Mooney “It was the practice when one shaman met another whom he thought might give him some valuable information, would say to him, “Let us sit down together.” This was understood by the other to mean, “Let us tell each other our secrets.” It was necessary to cultivate a long memory, as none were repeated more than once for his benefit. It was considered that one who failed to remember after the first hearing was not worthy to be accounted a shaman.”[1] When illness struck the white settlers and traditional methods of healing failed, they sometimes turned to friendly Cherokee nearby. This also provided the medicine men with new opportunities to obtain cloth and other goods from them in return. These methods were soon incorporated into the beliefs the settlers brought with them from Europe.

The Cherokee believed in at least two types of witches. The “Night Goer” or “sûnnâ’yï edâ’hï “ came at night to bring to the home. Alternatively, what might be called a good witch, “u’ya igawa’stï “ saturated the medicine given by the medicine man and by counteracting the spell, killed the Night Goer.[2] The settlers absorbed these ideas into their lives to the point that even milk that soured could be caused by the “evil eye” or the look of a witch. Soured milk came to be called “blinked milk”.

The settlers combined elements of their own witchcraft traditions with those of the native Cherokee. Some witches in this tradition specialized in dowsing, or healing and midwifery.

Beliefs and Traditions
The Scottish and Irish settlers believed that their fairy folk and leprechauns followed them to the new country. In addition, the Cherokee had little neighbors of their own who were called “Yunwi Tsunsdi,” meaning “The Little People.” The Appalachian Mountain Witches give offerings to the wee people daily. A granny woman will make offerings by leaving a bowl of cream at the back door. She will throw a bit of cornbread cake out of her window before serving the rest to her family. The Appalachian Witches also believe in spirits of the dead and seek out the guidance of ancestral spirits. One type of ancestral spirit that is feared are the angry “Haints”. One spell that protects a home against haints requires that its doors be painted Haint Blue, which is a baby blue color with a slight tint of periwinkle.

Many of the older Granny Magic spells are sung and danced; clogging is one of the forms of dance. Appalachian spells are also known to have chants, gigs, and lullabies. During Samhain and funerals the song “Auld Lang Syne” is sung. It is also sung during the secular new year.

Divination is popular with Granny Witches. Appalachian Granny Witches read tea leaves, tarot cards and regular playing cards, and clouds. They will also use bowls of dirt, sand, or water for scrying. Rods made from dogwood or other types of flowering tree such as an apple or peach tree are used for water dowsing, and metal rods are used for energy dowsing. A cauldron is usually preferred over a chalice by an Appalachian Witch. A cauldron displayed in a granny witch’s front yard lets people know that her services are available. Brooms, pottery, candles, mirrors and baskets, all made by hand in the home, are other tools used in this tradition. Appalachian witches have usually considered ritual clothing to be impractical, but some modern Appalachian Witches have begun to use ritual clothing in order to preserve their way of life and religion for future Appalachian Granny Witches.